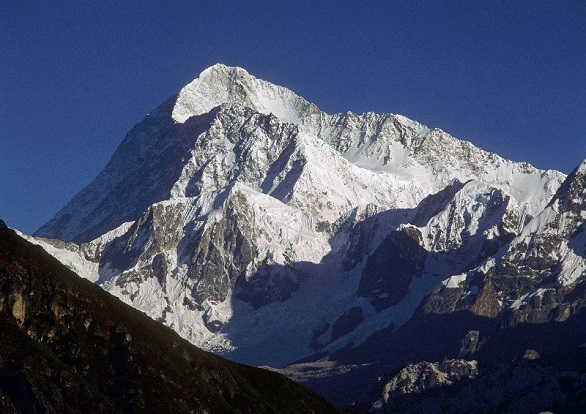 On the 27th November, seven of the world’s legendary climbers will gather in London to tell their first-ascent stories from each of the seven continental land masses.

Hosting FIRST on the CONTINENTS will be Sir Chris Bonington, Britain’s best-known mountaineer. Sir Chris celebrated his 80th birthday in August by climbing The Old Man of Hoy, a 450 foot vertical sea stack, repeating his first ascent made back in 1966!

FIRST on the CONTINENTS is a unique event, illustrating the differing challenges, landscapes and people across the planet, featuring the following pioneers in climbing: Alex Huber from Germany, at the forefront of world rock climbing, will speak of his terrifying un-roped solo ascent of the overhanging Cima Grande face in the Dolomites where one mistake could be fatal. Reinhold Messner said of the climb “500 meters of absolute exposure, without protection and possibility of return, a brilliant deed, which can hardly be surpassed in elegance”.

Andy Kirkpatrick, fresh from leading the ONE SHOW’s Alex Jones in her climb during Sport Relief, will speak of his new route climbed in 2013 on the Wolf’s Tooth – Ulvetanna, in Antarctica. Andy has been described as “Making Ray Mears look like Paris Hilton”ers of absolute exposure, without protection and possibility of return, a brilliant deed, which can hardly be surpassed in elegance”. Simone Moro from Italy speaks of his long dreamed of first winter ascents of the 8000m Himalayan peaks: Nanga Parbat, Gasherbrum II and Makalu which had defeated so many before him – cutting edge climbing.

Michael Kennedy of the USA will speak of first ascents in the harshest of mountain environments Alaska including the Wall of Shadows on Mount Hunter with Greg Child.

Simon Yates, will speak of his passion for South America including climbs in Peru, Chile and Tierra del Fuego, including his now legendary, epic climb of Siula Grande with Joe Simpson, famously recorded in ‘Touching the Void’. Pat Littlejohn has long been a climbing pioneer in Africa and speaks about his new routes on Mount Poi in Kenya including the 600metre E6 route Dark Safari, one of the hardest routes on the continent.

Doug Scott CBE, the first Briton to climb Everest, speaks about a very different landscape – his new route on the highest peak in Australasia – the 4,884 metre Cartenz Pyramid amidst the jungle of Papua New Guinea. Doug, who has gathered this star studded group together, says of the event “With a cast of world class climbers at the top of their game First on the Continents will be a compelling day taking the audience Around the World in Seven Climbs, with its rich variety of environments, experiences and pure adventure”

Proceeds from the event will fund the work of Doug Scott’s charity Community Action Nepal, set up as a way “for climbers to give something back to the country in which they lived their mountain dreams”. This important charity for the region seeks to improve literacy and numeracy among children and adults, extend health and dental care, reverse the depopulation of remote villages, develop women’s groups and strengthen indigenous community-based culture.

Doug Scott commented “By supporting First on the Continents events, you will help to make a real difference to the lives of the Himalaya mountain people”.